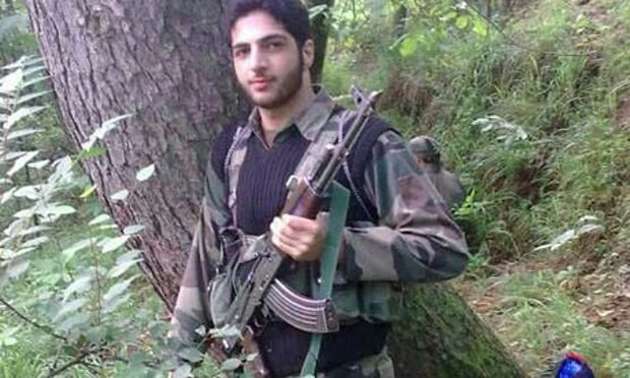 KASHMIR, India - The commander of one of the largest rebel groups in Indias Kashmir was killed during a gun fight with government forces on Friday.

According to reports, Hizbul Mujahideen commander Burhan Wani (22) was killed with two other militants in an encounter in Anantnag district in Kashmir.

Wani, who carried a one million rupee reward on his head, was killed after the security forces received a tip-off that Wani was planning to come down from Tral forest for Eid.

Security forces reportedly cornered Wani and his associates in Kokernag area. The militants, in a bid to escape, opened fire and threw grenades at the security forces.

However, the house which they were in was bombed by the security forces and all three were killed.

Director General of Police (DGP) K Rajendra has confirmed that Wani was one of the three killed in the operation.

The operation was conducted by the Army and the counter-insurgency cells of Srinagar and Anantnag districts.

Javaid Gillani, Inspector General of Police for the region, said, It is a huge success for security forces. It will dent the strength of HM in the (Kashmir) valley. It was a specific operation based on intelligence we had on him.

According to reports, Wani was seen as a local hero and his death sparked a series of protests in Anantnag district.

According to reports, Wani had joined the rebel movement when he was 15. He had been responsible for recruitment drives for the group and had an immense following online and on the ground.

Atop police officer said, Every time an operation was launched against Wani, our movement was reported to him by his huge network of young supporters and fans.

Another police source said, Since 2010, he must have influenced more than 60 youths in south Kashmir to join militancy. He received training locally without crossing into Pakistan-occupied Kashmir.

Hizbul Mujahideen is one of the many rebel groups in Kashmir who are fighting for the independence of Kashmir or a merger with Pakistan.