China sees red over Australias Bishops comments, warns to watch what they say 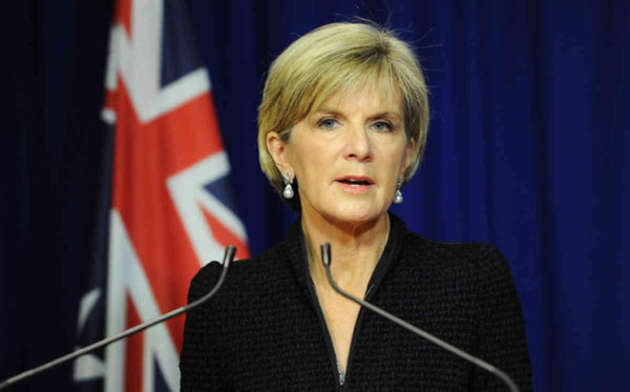 According to reports, China has rejected the decision made by the Permanent Court of Arbitration in The Hague that said that China had no historical right over the South China Sea, and Bishop warned China to abide by the ruling.

She said that Chinas reputation would face diplomatic repercussions if they ignored the decision, and stressed that maintenance of international relations were key to Chinas rise.

Chinas Foreign Ministry has said that they were shocked by Australias wrong remarks.

Spokesperson Lu Kang clarified that Australia was not a party to the conflict and should firmly abide by the promise not to hold a position when there is a territorial dispute.

He also issued a counter-warning, asking Australia to carefully talk and cautiously behave. Australia should not do anything which will damage regional peace, stability and security as well as the relations between China and Australia.

Further extending the threat, China said that it would decisively respond to anyone who affronts its security interests in the South China Sea.

Reports added that Bishop was not fazed by Chinas reaction, but issued yet another statement following the outburst.

She reiterated that Australia continues to exercise its legal right of freedom of navigation and overflight.

She said, Peace, stability and continued prosperity in East Asia require the preservation of an order defined by rule of law for both great and smaller powers. Such an order is in the interests of all countries and has served the region remarkably well.

He said, To seek peaceful development is not a matter of expediency. It is a strategic choice China has made in line with the trend of the time and its own fundamental interests.

He added that Chinas stance fully complies with international law, and continued, The attempt to mount an all-out smear campaign against China by distorting this basic fact has once again exposed the nature of this arbitration, that is, a farce in which certain countries use international law as a cover to pursue their own hidden agenda.

Six Pacific nations including Brunei, Malaysia, Philippines, Taiwan and Vietnam have territorial claims in the South China Sea that is believed to have huge deposits of oil and gas and also witness over $5 trillion in global ship-borne trade passing by each year.