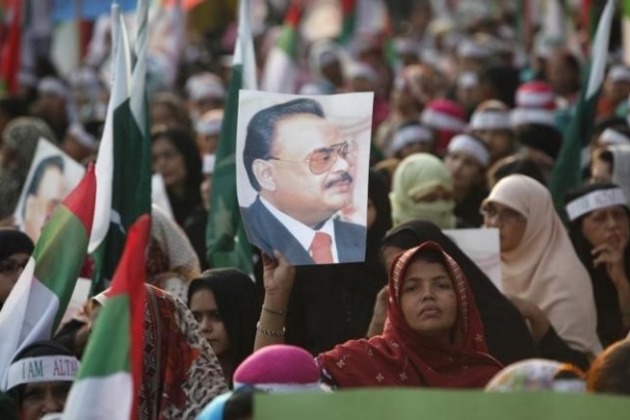 MQM is Karachi's biggest political party. Its supporters attacked a prominent television station that claimed the life of one and injured a dozen others. The supporters arrived at ARY News' office on Monday after their exiled leader Altaf Hussain, who lives in London, criticised the Pakistani government in a telephone address.

Following the broadcast, the supporters attacked the television station, fired bullets and later clashed with the police force as well.

Khurram Shahzad, the sector commander for the regional paramilitary Rangers force, told reporters on Tuesday, "We have sealed the MQM headquarters, their media office and their hostel, some weapons have also been recovered."

The MQM has previously also orchestrated violent protest and has in the past had several clashes with Pakistani police officers.

Later, in a statement issued from London, Hussain apologised for his anti-state remarks.

"From the depth of heart, I beg pardon from the Pakistani establishment," he said. "I was under severe mental stress over extra-judicial arrests and precarious condition of my workers sitting at hunger striking camps."

MQM leader Wasay Jail defended Hussain's actions and said that Hussain had apologised to the army and Rangers chiefs.

An MQM spokesman said, "The MQM chief also urged authorities to end [the] crackdown against his party and not cut it off mainstream politics. Altaf Hussain has assured the Pakistani people, establishment, army, ISI, all higher authorities and leaders that he will never use such words again."

Prime Minister Nawaz Sharif condemned the attack. In a statement issued by his office, he said, "Pakistan is our home, and we know how to protect its sanctity. We can neither hear any word against Pakistan nor can we forgive the one who speaks against Pakistan."

The city returned back to normal on Tuesday after the attack turned deadly on Monday evening. A spokesperson for Pakistan Rangers urged people to inform them about anyone who vandalised public property or voiced anti-Pakistan slogans.

Meanwhile, a $300 million military aid to Islamabad was stopped by the U.S. after it failed to get a certification for satisfactory action taken against the Haqqani terrorist network.

"We continue to have a close relationship with Pakistan with regard to terrorism and fighting terrorism. But it's obviously in Pakistan's interest and our interest to combat terrorism in as many ways as possible," Pentagon Press Secretary Peter Cook has said in a statement.

The Haqqani terrorist group is reportedly responsible for a number of American kidnappings and attacks.

The $300 million aid is a reimbursement to Pakistan for providing support to the U.S. operations in Afghanistan.