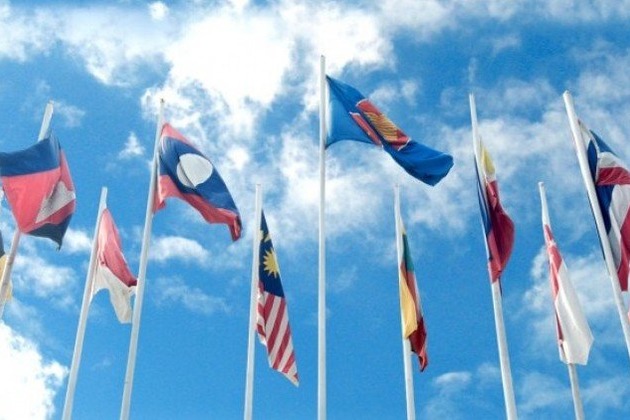 VIENTIANE, Laos - The 28th and 29th Association of Southeast Asian Nations (ASEAN) summits began on Tuesday in Laos, and leaders from the 10 bloc members will gather for three days, joined by ASEAN dialogue partners, including China, Japan, South Korea, Australia, India, Russia, and the U.S.

According to reports, the theme for 2016 is "Turning vision into reality for a dynamic ASEAN community," and issues facing the region are to be discussed, with topics like South China Sea disputes, counter-terrorism, trade and human rights on the agenda.

Bilateral talks on the sidelines of the summit are also scheduled.

Amnesty International has urged that all restrictions on journalists be lifted to allow coverage and free movement.

The call came as foreign journalists arrived in Laos to cover the summit, but were told that their articles and broadcasts will have to be approved by a censor before publication.

Rafendi Djamin, Amnesty International's Director for South East Asia and the Pacific said, "The restrictions imposed on journalists covering the ASEAN summit in Laos amounts to a violation of their right freedom of expression, and the right of the public, both in Laos and globally, to receive information. Journalists should be able to do their job without fear, interference or harassment."

Further, journalists were also informed by authorities that they may not be allowed to raise questions on certain human rights issues.

Djamin added, "No government should restrict the questions its officials can or cannot be asked, especially at such a high-level summit, when the world will be watching. Indeed, in Laos in particular it's vital that journalists ask the pressing questions that ordinary people cannot ask because of the fear of reprisals."

The summit also marks U.S. President Barack Obama's first visit to the landlocked nation, and makes him the first sitting president of the U.S. to do so.

He pledged $90 million over the next three years to address the impact caused by unexploded ordnance, in a large scale clean-up that was a "moral obligation."

He declared that it was time to pull America's secret war in Laos from under wraps, and added that he was with them in "acknowledging the suffering and sacrifices on all sides of that conflict."

Obama recalled that the U.S. dropped more than two million tons of bombs on this country during the peak of the Vietnam War, making the country the most heavily bombed in history, per capita.

Duterte, who accepted the chairmanship for 2017 ASEAN council, said that he expects the ASEAN summit to result in better support for regional efforts that address terrorism and violent extremism.

Park said, "I hope my visit to Laos will contribute to expanding bilateral ties in every sector. In particular, I will expand the Korea Aid program to Laos soon."

She added, "I look forward to discussions with President Vorachith on how to bolster substantive, mutually beneficial cooperation in such areas as trade, investment, energy and development cooperation."

In the run-up to the creation of the ASEAN Economic Community in 2015, foreign investment into Southeast Asia's less developed countries surged, with Cambodia, Laos, Myanmar and Vietnam reaping a 38 percent increase.

However, overall FDI flows to the Association of Southeast Asian Nations bloc declined by 8 percent in 2015 to $120 billion.

Australian Prime Minister Malcolm Turnbull has been urged to raise the issue of an Australian man being held without trial during talks with his Singaporean counterpart Lee Hsien Loong.

Australian citizen Zulfikar bin Mohamad Shariff was detained under Singapore's Internal Security Act (ISA) more than a month ago, with the move drawing flak from human rights groups for detaining people without trial for indefinite periods.

Singapore accused Zulfikar of embarking on a 'path of radicalism' and propagating his message via social media.

Loong said that ASEAN leaders should work together to fight Zika and put the disease into proper context for its people.

He said, "Since the recent detection of locally transmitted cases in Singapore, we have undertaken necessary immediate measures, for example stepping up testing, intensifying mosquito control, expanding public education, and advising on extra precautions for pregnant women, and our efforts have been affirmed by the World Health Organisation."

He added, "We should prepare ourselves for a possibly extended campaign against Zika while ensuring that the region remains open and connected for business and trade."

Myanmar's Aung San Suu Kyi signaled further consolidation of her leadership role with her arrival for the summit.

Her participation reportedly indicates her growing range of ambitious domestic and international initiatives and also marks her highest-profile international appearance since her government was formed in April 2016.

Minister Delegate to the Minister of Foreign Affairs and Cooperation, Nasser Bourita, signed the ASEAN's instruments of Morocco's accession to the Treaty of Amity and Cooperation (TAC).

Coordinating Political, Legal and Security Affairs Minister Wiranto said at the ASEAN Political-Security Community Council meeting, "Indonesia, like any other country in the region, has experienced an increase in illicit drug trafficking through sea routes. We have to strengthen our joint efforts to tackle the issue."

He stressed that transnational efforts to constrain drug networks were necessary.

The leaders are set to avoid references to an international ruling that downplayed China's claims to the majority of the South China Sea, after its omission from a joint statement.

The statement has a list of eight points related to the South China Sea, but made no mention of the high-profile July ruling by the Permanent Court of Arbitration.

The decision to exclude reference is seen as a diplomatic victory for China, which refused to recognise the case filed by the Philippines.

Meanwhile, the International Container Terminal Services Inc. (ICTSI) is looking to strengthen its presence in ASEAN while holding back expansion in the Philippines.

Christian Gonzalez, ICTSI head for Asia-Pacific & the Subcontinent said that the company proposed to the Brunei government that it be allowed to enter a long-term contract of about 20 years for its operations in Negara.