India launches blistering attack on Pakistan, calls it a 'terrorist state' in ongoing verbal duel between the neighbours 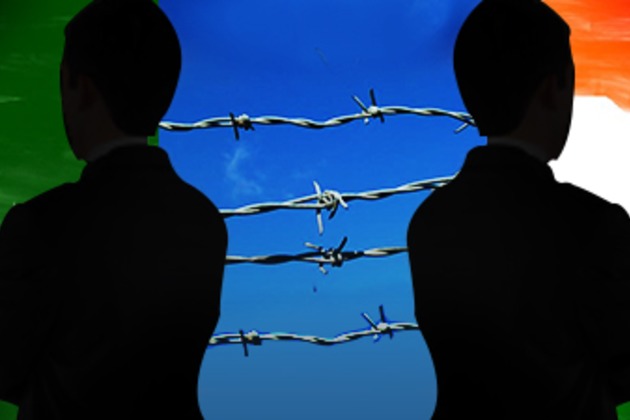 NEW DELHI, India - India and Pakistan locked horns, deep in war - a war of words at the 71st session of the United Nations General Assembly on Thursday.

Lashing out at its regional rival, Indian launched an aggressive verbal attack on Pakistan, calling its neighbour a "terrorist state" and said that the country had been carrying out "war crimes" against Indians.

India said that Pakistan had a "long-standing policy" of sponsoring terrorism and that it had spent billions of dollars to finance terror groups.

India is said to have argued that terrorists roam Pakistan's streets freely and operate with State support.

Eenam Gambhir, the first secretary in the permanent mission of India to the UN exercised India's Right of Reply to Sharif, who had brought up the state of affairs in the Indian state of Jammu and Kashmir.

Gambhir said "the worst violation of human rights is terrorism."

She added, "When practised as an instrument of state policy it is a war crime. What my country and our other neighbours are facing today is Pakistan's long-standing policy of sponsoring terrorism, the consequences of which have spread well beyond our region."

Further arguing that India sees Pakistan as "a terrorist state" she accused the rival of channelising billions of dollars to training, financing and supporting terrorist groups as militant proxies against it neighbours.

Gambhir is said to have also pointed out that 'terrorist entities and their leaders, including many designated by the UN, continue to roam the streets of Pakistan freely and operate with State's support.'

She added, "With the approval of authorities, many terrorist organisations raise funds openly in flagrant violation of Pakistan's international obligations."

Intensifying her attack, Gambhir said that even though Pakistan's nuclear proliferation record is marked by "deception and deceit," it talks about restraint, renunciation and peace.

She pointed out, "Similar false promises it has made to us - the international community - on terrorism. Perhaps renunciation of lies and self-restraint on threats could be a good place for Pakistan to start."

Visibly irked at Pakistan Prime Minister's glorification of Hizbul Mujahideen terrorist Burhan Wani, Gambhir said, "Even today we have heard support by the Prime Minister of Pakistan for a self-acknowledged commander of a known terrorist organisation."

Wani was killed by Indian forces on July 8 after which violence and unrest has gripped the area, escalating massively last month.

Sharif, in his speech had described Wani as a 'young leader' seeking to accuse India of not wanting to resolve the dispute between the two nations.

Sharif had even urged the United Nations fact-finding team to visit Jammu Kashmir to record "extra-judicial killings" and added that his country supports 'self-determination' for the people of Kashmir.

The Pakistani PM is said to have raised the Kashmir issue with all key world leaders and sought their intervention to resolve the matter.

In her statement on the issue, Gambhir said Pakistan was a democracy deficit country and practises terrorism on its own people.

She said, "It extends support to extremist groups, it suppresses minorities and women and denies basic human rights including through draconian laws. We cannot and will not allow terrorism to prevail."

Reacting to Sharif's speech, India's Minister of State External Affairs, MJ Akbar said, "We just heard a speech full of threat bluster and rising immaturity and complete disregard of facts. Pakistan at this moment seems to be run by a war machine rather than a government. Pakistan wants dialogue while holding a terrorist gun in its hand. Kashmir occupation is by Pakistan occupation army. The world also knows that Pakistan has been indulged in ethnic cleansing of its own people. We heard the glorification of a terrorist. Wani is declared commander of Hizbul, widely acknowledged as a terror group. It is shocking that a leader of a nation can glorify a self-advertised terrorist at such a forum. This is self-incrimination by Pakistan PM."