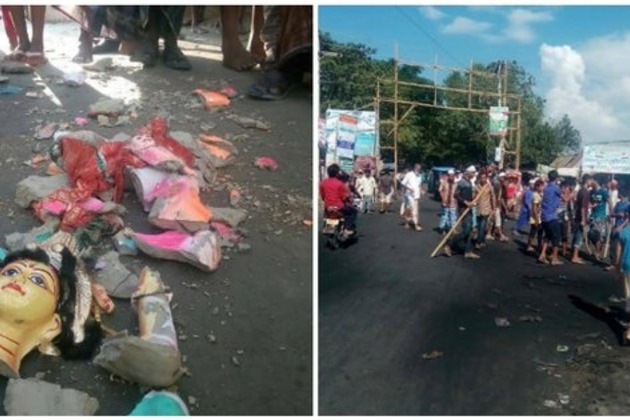 CHITTAGONG, Bangladesh - As Hindus across the world celebrated one of their biggest festivals, Diwali - over 15 holy temples and houses of Hindus were vandalised by mobs in Bangladesh. All this, after a derogatory post was put up by a Facebook user against the holiest of mosques in the world.

According to reports, thousands of people participated in two different rallies in Nasirnagar under Brahmanbaria district demanding severe punishment for the man who exercised his free speech.

The man in question, 27-year-old Rasraj Das had posted a derogatory image about Masjid al Haram in Mecca on Sunday.

The post featured an image of an idol of Hindu god Shiva at the Kaaba, a building at the center of Islam's most sacred mosque, Al-Masjid al-Haram, in Mecca, al-Hejaz, Saudi Arabia.

As the day unfolded, Das was brought into police custody by locals and a case was lodged against him.

Officials said Das was confused and pledged his innocence stating, "Someone has posted a photograph from my account without my knowledge."

Abdul Karim, Brahmanbaria Police Superintendent said that 500 people had been arrested over the two cases of vandalism.

Another Brahmanbaria Police Superintendent, Mizanur Rahman was quoted as saying that 150 to 200 people had launched the attack, vandalising seven to eight idols in five temples.

He stated, "Two hundred Hindu houses were ransacked and looted."

Rahman claimed that the police were able to stop the violent mob at 2:00 pm and conducted a raid that led to the incarceration of the culprits.

Bangladesh's minor religions have been on the receiving end of hostility from various sides. Secular writers and activists have been killed in large numbers over the last few years. It can be recalled that in July, two Hindu priests were killed in a span of 24 hours.