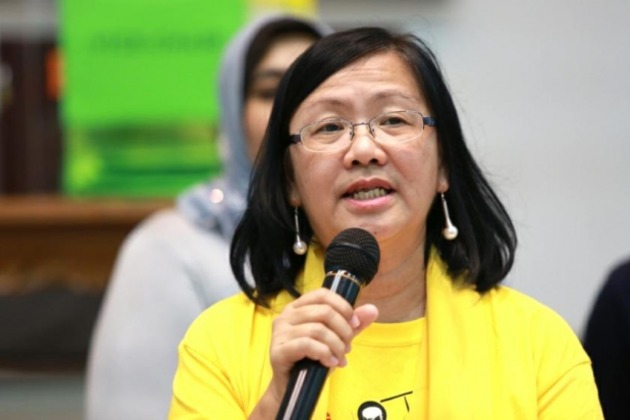 According to reports, Malaysian police have also arrested Bersih chairperson Maria Chin Abdullah and the electoral watchdog's secretariat secretary, Mandeep Singh, in the aftermath of the raid that was held by the police and officials from the Companies Commission of Malaysia

Bersih took to its official Twitter account and posted that the police seized ten computers, two mobile phones, and documents related to their payroll and bank accounts during the two-hour raid.

The group also tweeted that lawyers were not allowed to enter the office.

Officials say that Maria and Mandeep would be taken to the Petaling Jaya police headquarters.

Meanwhile, the group stayed upbeat and stood firm over its demonstration plans for November 19, encouraging people to take part through a Facebook post that read, "This won't break our spirit. The more they push us, the more we will rise... See you tomorrow on the streets!"

Thousands of people are expected to take part in the massive protest that is set to march against the current government - demanding Prime Minister Najib Razak's resignation.

This will be Bersih's fifth rally, after hundreds and thousands of people showed up for the previous rallies after news of corruption broke out.

The scandal linked the prime minister to theft of billions of dollars from a national wealth fund.

The prime minister meanwhile has vowed that he will not bow out of the parliament in the fear of street protests, asserted that he would accept and respect the will of the people only in the general elections.

"Any other attempt to overthrow the government before then would be unconstitutional," he reiterated.

Najib Razak also referred to the failure of the Arab Spring, stressing that street protests would only lead to chaos in the country.

He was quoted as saying, "Even the so-called Arab Spring was heralded as an era of change, but instead, it caused misery to the people who were involved in the countries concerned," adding that street protests are against Malaysian culture.

Meanwhile, pro-government group Red Shirts has warned to hold a rival rally against the Bresih, raising concerns of a possible clash.

However, the police have assured citizens that they will do their best to prevent clashes between participants of the Bersih 5 rally and members from the rival Red Shirts movement tomorrow.

According to Kuala Lumpur police chief Datuk Amar Singh Ishar Singh, "We are ensuring there are no clashes between the groups. We are doing our best to ensure they do not meet."

He also added, "If they meet there will be definitely be altercation and disputes because they have different ideologies."

The anti-government protests have seen many enthusiasts, including Australian senator Nick Xenophon who expressed support for the Bersih 5 rally in Kuala Lumpur on Saturday stating, "All Malaysians deserve a clean government, elected through clean elections."