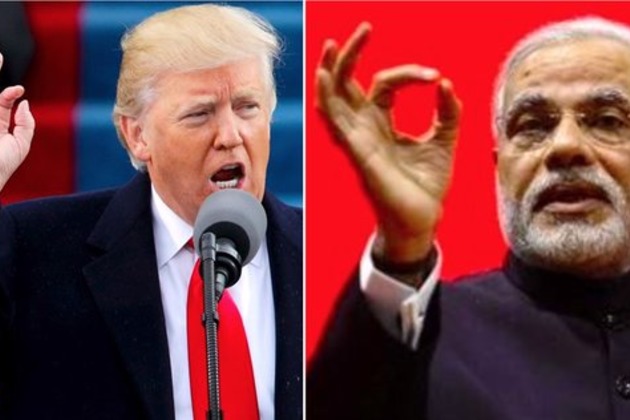 WASHINGTON, U.S. - U.S. President Donald Trump and Indian Prime Minister Narendra Modi had a phone conversation on Tuesday in which the two leaders spoke of the close ties between the two countries.

Following the call, the White House issued a statement saying, "The two discussed opportunities to strengthen the partnership between the United States and India in broad areas such as the economy and defense."

The statement added that, "They also discussed security in the region of South and Central Asia. President Trump and Prime Minister Modi resolved that the United States and India stand shoulder-to-shoulder in the global fight against terrorism."

Trump reportedly told Modi he considers India a "true friend and partner in addressing challenges around the world," according to the statement.

The U.S. president also invited the Indian prime minister to visit the United States later this year, an invitation that was reciprocated by Modi.

Modi, in a series of tweets, said the two had "agreed to work closely in the coming days to further strengthen our bilateral ties."

"Have also invited President Trump to visit India," he added.

The two leaders were speaking for the first time since Trump assumed office on January 20.

The two are likely to meet during the next meeting of the G-20, which is scheduled to take place in Germany's Hamburg in July.

Trump has repeatedly praised the Hindu community in the run-up to the election, describing PM Modi as a "great man" besides calling himself a "big fan of Hindu… a big fan of India."

In October last year, Trump attended an event organised by the Republican Hindu Coalition in New Jersey where he said he "looked forward to working with Prime Minister Narendra Modi," describing him as "very energetic in reforming India's bureaucracy."

Trump added, "Great man. I applaud him for doing so." Mr. Trump said.

During campaigning, he had also said, "The Indian and Hindu community would have a true friend in the White House," (if he is elected the President.)