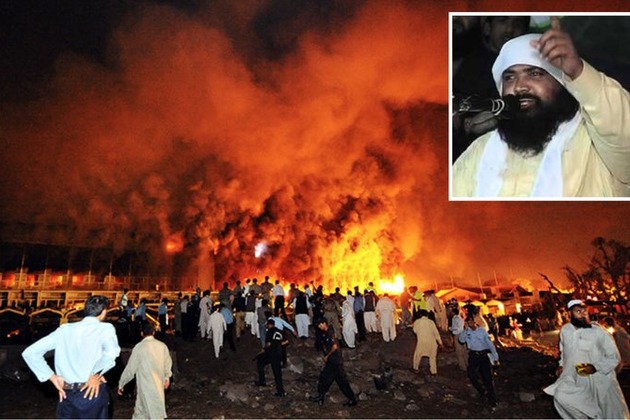 WASHINGTON, U.S. - A deadly Pakistani militant was brought down in an American drone strike in recent days, the Pentagon confirmed on Saturday night.

Qari Yasim, who reportedly had strong ties to the Pakistani Taliban , that is closely aligned with Al Qaeda, was said to be the mastermind of the devastating truck bomb attack on a hotel in Islamabad in 2008.

Formally known as Tehrik-e-Taliban Pakistan, the Pakistani Taliban, founded in 2007 is part of the divided umbrella organization that once represented roughly 30 groups of militants.

It was officially founded by jihadist commander, Baitullah Mehsud, and have been based in the Pashtun tribal areas in northwestern Pakistan, particularly in North and South Waziristan for years, much like the Al Qaeda.

The bombing at Islamabad's Marriott Hotel was dubbed as one of the most notorious terrorist attacks in Pakistan's history, killing over 50 people, including two members of the American military.

Maj. Rodolfo I. Rodriguez of the United States Air Force and Matthew J. O'Bryant, a cryptologic technician and a third class petty officer in the Navy were the officers killed, even as more than 260 people suffered injuries.

In the attack, a six-wheel dump truck carrying explosives blew up at the entrance of the hotel that was a prominent meeting place for foreigners and leading Pakistanis.

Investigators had then revealed that more than 1,300 pounds of explosives had been used in the attack, which created a crater that was 60 feet wide and 25 feet deep.

Further, the attack took place merely a few hundred yards from the prime minister's house, where many government leaders were dining at the time.

Reports revealed that Yasim has also been previously linked to other terrorist plots, including one in 2009 in which, gunmen using rifles, grenades and rockets assaulted a bus transporting the Sri Lankan national cricket team in Lahore, Pakistan.

The attack led to the death of six Pakistani police officers and two civilians, along with leaving half a dozen members of the cricket team injured, including a British coach.

The group is also known for the 2012 attack on a Pakistani schoolgirl, Malala Yousafzai in the Swat Valley, for her advocacy of eduction for girls.

The group also claimed the failed car-bomb attack by a Pakistani-American Faisal Shahzad in May 2010 at the Times Square.

Pentagon said that the American strike that killed Yasim took place on March 19 in Paktika Province.

The province is known as the place where many of Pakistani Taliban operatives have operated after slipping across the border in advance of the Pakistani Army's offensive in North Waziristan in 2014.

Defense Secretary Jim Mattis said in a statement, "The death of Qari Yasin is evidence that terrorists who defame Islam and deliberately target innocent people will not escape justice."