China Has 41 Journalists Behind Bars Amid Ever-Widening Media Controls 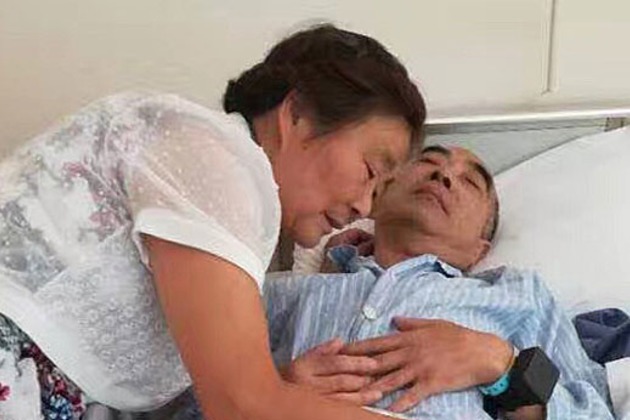 As governments jailed a record number of journalists around the world in 2017, a U.S.-based press freedom group says the ruling Chinese Communist Party has a total of 41 journalists currently behind bars under the newly strengthened leadership of President Xi Jinping.

In its annual report, the New York-based Committee to Protect Journalists (CPJ) hit out at U.S. President Donald Trump for making no mention of Beijing's record on human rights during his recent trip to the country last month.

"Trump made no public reference to human rights, despite an ongoing crackdown that has led to the arrests of Chinese journalists, activists, and lawyers," the group said.

The group also highlighted the use of "medical neglect" to target writers and journalists in jail and detention centers, citing the death of Nobel peace laureate and writer Liu Xiaobo in hospital under prison supervision last July, following a diagnosis with late-stage liver cancer.

The timing of Liu's treatment "[cast] doubt on whether he received proper care in custody," the group said, citing the government's repeated refusal of Liu's request to seek medical treatment overseas.

Meanwhile, writer and journalist Yang Tongyan, who was better known by his pen name Yang Tianshui, died in November under similar circumstances, shortly after release on medical parole with a serious brain tumor, the CPJ said.

It said Tianwang rights website founder and editor-in-chief Huang Qi is currently "in precarious health" with kidney disease after the detention center stopped his special diet and medical treatment.

"The repeated denial of medical care to journalists and other political prisoners is, in effect, a slow death sentence," the CPJ said in a blog post.

"Since the Turkish coup failed in July this year, the Turkish government began to step up pressure on the media and reporters and imprisoned at least 81 journalists," Wang said.

"But while Turkey occupies the first place in terms of the incarceration of journalists this year, conditions in China are still grim, when it comes to the jailing of journalists and the suppression of the media," she said.

At least seven dissidents and journalists, including Yang and Liu, have died in custody or shortly after being freed since 2013, according to Human Rights Watch.

Former Xian TV journalist Ma Xiaoming said many other people are detained or arrested in China for posting or retweeting news and criticism of the government, though they may not officially be designated journalists.

"Ever since the Chinese Communist Party came to power, it has maintained very tight control of all news," Ma said. "My impression is that the only exception was for a brief period during the economic reforms of the 1980s, and that was only for a few years, when things relaxed a bit."

Since ordering China's media to act with complete loyalty to the ruling party on a visit to the state news agency Xinhua in February 2016, President Xi has kept up a relentless campaign against any "unauthorized" news or viewpoints, clamping down on social media platforms in particular.

According to the ousted former editor of Baixing magazine, Huang Liangtian, says China no longer has a journalism profession, in the generally accepted sense of the word.

"Are there journalists in China? Not in the strictest sense of the word. I don't even think there's a news media," Huang said. "The media in mainland China are part and parcel of the party."

The CPJ said at least eight other jailed journalists are in need of proper medical attention.

They include, Huang, his reporter Wang Jing, who has been diagnosed with brain tumors, freelance writer L? Gengsong, who suffers from gallbladder disease, diabetes, and high blood pressure and who has been denied medical parole, and elderly Hong Kong publisher Yiu Man-tin, who has had five heart attacks since his incarceration in 2013.

Yiu was detained as his publishing house was on the verge of bringing out an unflattering biography of Xi Jinping penned by writer and social critic Yu Jie, now exiled in Canada.

Lobsang Jamyang, a Tibetan writer and blogger detained in Mianyang prison; Niyaz Kahar, a reporter and blogger jailed in Shikho prison; Kunchok Tsephel Gopey Tsang, founder of the Tibetan cultural issues website Chomei, who has leg and hip pain; and Ding Lingjie, editor of human rights news website Minsheng Guancha, who has hyperostosis, a bone growth disorder, are all in need of medical help behind bars, the CPJ said.

Reported by Hai Nan for RFA's Cantonese Service, and by Xi Wang for the Mandarin Service. Translated and edited by Luisetta Mudie.