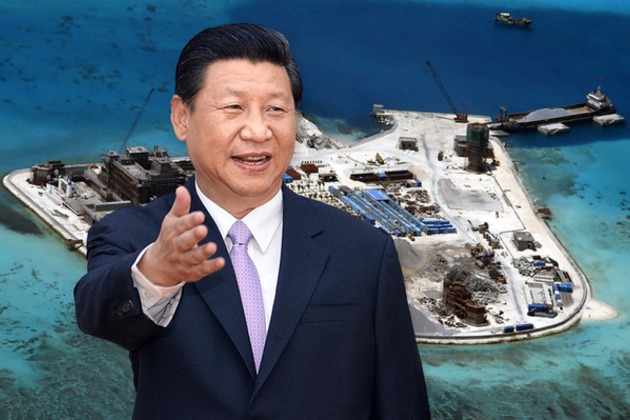 BEIJING, China - Slamming critics, China has now claimed that all of the controversial construction and expansion work it has carried out in the disputed South China Sea islands is "reasonable."

The U.S., Australia and several other nations have criticized what they call China's militarization of the waters.

Undeterred, China has continued to build military facilities on South China Sea reefs and tiny islands that it has constructed.

Although China claims most of the disputed waters, Brunei, Malaysia, the Philippines, Vietnam and Taiwan also have parallel claims in the sea, through which about $5 trillion in ship-borne trade passes each year.

China even denies it is militarizing the islands it has built.

On Monday, in a new government report, China claimed that it has "reasonably" expanded its islands in the disputed South China Sea.

It said that this year construction projects in the waterways included radar facilities covering about 290,000 square meters (72 acres).

China has conducted extensive land reclamation work on some of the islands and reefs it controls in the South China Sea, including building airports, alarming its neighbours and Washington.

China argues that all the work is to help provide international services such as search-and-rescue but admits there is a military purpose too.

The country has also said that it can do whatever it wants on its territory.

In its government report posted on a website run by China's National Marine Data and Information Service and the overseas edition of the ruling Communist Party's People's Daily, China said that it has enhanced its military presence there and "reasonably" expanded the area covered by the islands.

While it wasn't clear if the report was referring to more than one "large radar," construction this year has reportedly included facilities for underground storage and administrative buildings.

Further, the report confirmed that there has also been an increase in military patrols, but the report did not give any specifics.

The report appeared in the state-run newspaper the Global Times on Monday.

In the past year, the North Korean nuclear crisis has captured all attention in Asia, distracting from the South China Sea conflict.

However, China has continued to install high-frequency radars and other facilities that can be used for military purposes on its man-made islands in the South China Sea, the U.S. think tank report said.

The report was released by the Asia Maritime Transparency Initiative of Washington's Center for Strategic and International Studies, and said that Chinese activity has involved work on facilities covering 72 acres (29 hectares) of the Spratly and Paracel islands, territory contested with several Asian neighbours.