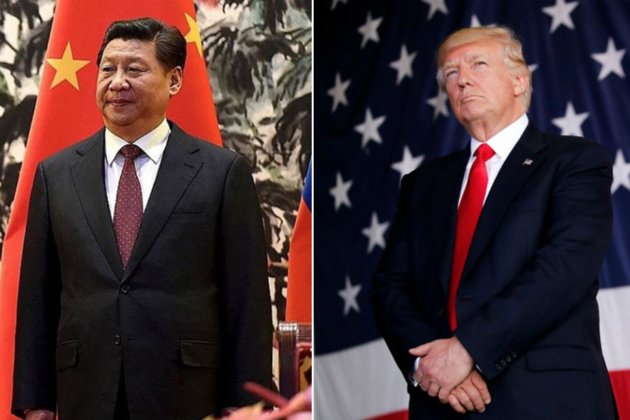 WASHINGTON, U.S. - After a week-long delay, the White House says on Tuesday said it will impose a 25 percent tariff on $50 billion of Chinese goods with "industrially significant technology."

According to administration officials - who were expected to declare the sanctions last week - the full list of products affected will be announced by June 15, "shortly thereafter" the tariffs will be implemented.

The Trump administration further announced that it will announce and impose investment restrictions and enhanced export controls on Chinese individuals and organizations, to prevent them from acquiring U.S. technology.

It added that the restrictions will be announced by June 30 and will also be implemented soon after.

For months now, the U.S. President Donald Trump and his administration have delivered mixed messages about a globally feared "trade war" with China.

Trump officially signaled his plans to put tariffs on Chinese-made goods for the first this in March this year.

Then, a month later, the U.S. began announcing specific tariffs, prompting a tit-for-tat of escalating proposals and retaliatory threats.

Tuesday's announcement came days after the two countries indicated that they were making efforts to de-escalate the growing trade tensions.

Last week, U.S. Treasury Secretary Steven Mnuchin said in a statement that the trade war with China was "on hold."

Mnuchin added that the two countries were in talks and had made "meaningful progress."

However, in a statement soon after, the director of the national economic council Larry Kudlow said that there was "no agreement" for a trade deal that could avert a trade war.

He even pointed out that he never anticipated one either.

Later this week, officials revealed that the U.S. Commerce Secretary, Wilbur Ross is expected to travel to Beijing to hold another round of talks in the ongoing trade and intellectual property dispute.

Meanwhile, apart from announcing the tariffs, the White House said on Tuesday that the U.S. will "continue to pursue litigation at the World Trade Organization" over allegations that China steals U.S. intellectual property.

Shea said that this forced transfer is especially expected if companies were partnering with a state-owned or state-directed Chinese firm.

Shea further said, "This is not the rule of law. In fact, it is China's laws themselves that enable this coercion. Fundamentally, China has made the decision to engage in a systematic, state-directed, and non-market pursuit of other (WTO) members' cutting-edge technology in service of China's industrial policy."

He said, "It was a lose-lose proposition for foreign investors and not just Americans. All countries would see their competitiveness eroded if China's policies were left unchecked."

After America's complaint, China resorted to WTO action to stop the White House from imposing the threatened $50 billion tariff on Chinese goods.

Rejecting the accusation, China's Ambassador Zhang Xiangchen has said that the U.S. argument involved a "presumption of guilt."

He pointed out that the U.S. Trade Representative's office had failed to produce a single piece of evidence and added that some of its claims were "pure speculation."

He further said that technology transfer was a normal commercial activity that benefited the United States most of all.

He claimed, "Chinese innovation was driven by the diligence and entrepreneurship of the Chinese people, investment in education and research, and efforts to improve the protection of intellectual property."

As per WTO rules, if disputes are not settled amicably after 60 days, the complainant can ask for a panel of experts to adjudicate.

This escalates the dispute and triggers a legal case that takes years to settle.

Experts are now trying to understand if the Trump administration is trying to change the nature of China's economic system, or does it simply want to improve the trade balance between the two countries?