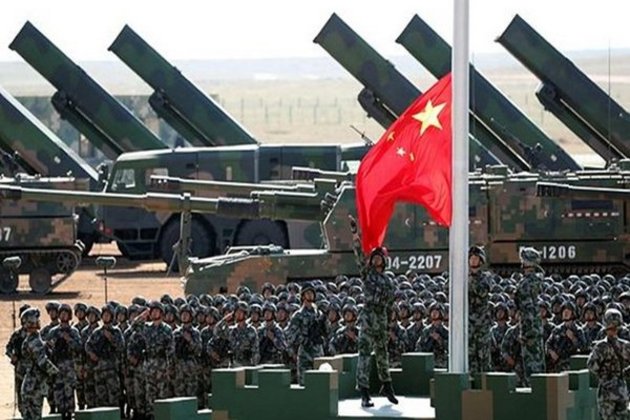 Beijing [China], Mar 5 (ANI): China's defence budget for 2019 has been pegged at 1.19 trillion yuan (about 177.61 billion US dollars), marking an increase of 7.5 per cent over the last year's figure, despite lower economic growth rate ranging between 6 and 6.5 per cent.

Describing China's defence budget increase as reasonable and appropriate, Zhang Yesui, spokesperson for the annual session of the 13th National People's Congress (NPC), said the raise aims to "meet the country's demand in safeguarding national security and military reforms with Chinese characteristics."However, according to a draft budget report to be submitted to the annual session of NPC opening on Tuesday, China will lower its defence budget growth rate to 7.5 per cent from last year's 8.1 per cent.

According to the South China Morning Post, Beijing has set a lower economic growth target for this year and will step up fiscal measures to stabilize the growth.

The government has set a growth target range of 6 to 6.5 per cent for this year, down from the target of"about 6.5 per cent" set for last year, after factoring in a variety of headwinds, including the trade war with the United States, an already high debt level and financing bottlenecks for private enterprises.

Deficit target has been raised to 2.8 per cent of gross domestic product from 2.6 per cent in 2018, providing more fiscal leeway for government spending. (ANI)