Yahoo Japan Plans Tender Offer for Retailer Zozo at $3.7B 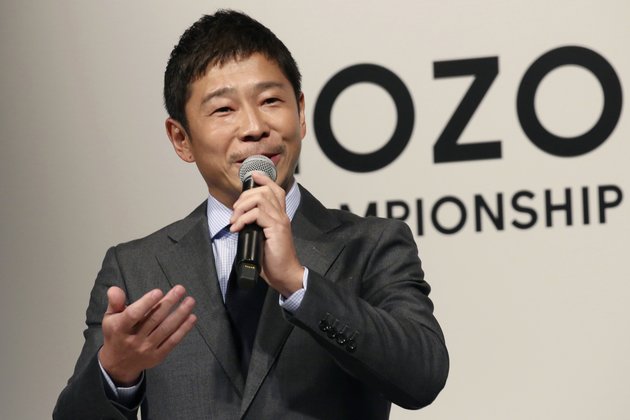 Zozo Chief Executive Yusaku Maezawa told reporters at a Tokyo hotel that he was stepping down to devote more time to training for a trip to the moon in 2023. He has plans to ride on Elon Musk's Space X rocket.

Maezawa owns nearly 37% of the company and will sell nearly 93 million of his more than 112 million shares, according to the plan. Yahoo Japan will own up to 50.1% under the tender offer, set for early October, it said.

Maezawa, known for lavish spending on artworks by Jean-Michel Basquiat and a Stradivarius violin, said he also intends to announce later plans for another business.

"I was so moved by that feeling of building something from scratch," he said of starting his company 21 years ago when he still lived with his parents.

"I want to thank all the employees for supporting and following someone who is so lacking like me. We laughed and we cried together. We had fun," he said, choked with emotion.

Maezawa, 43, started out running an import CD business and played in a rock band before he founding his online fashion business with a shopping site called Zozotown when online retailing was still new in Japan.

Recently he drew attention for his Zozosuit, a so-called wearable technology that takes body measures with a software application so that clothes are made to fit.

He never graduated college and is known for a free-wheeling managerial style and corporate culture that are rare in Japan's staid business world.

Zozo's tagline is: "Be unique. Be equal." It said in a statement that becoming a subsidiary of Yahoo Japan will bring stability and a solid partner.

Succeeding Maezawa at Zozo's helm is Kotaro Sawada, who joined the company about 10 years ago after working at Japanese telecommunications giant NTT Data Corp.

Sawada told reporters that after 21 years it was time for Zozo to grow up. But he promised Zozo will remain creative, and not become boring.

Kawabe said Yahoo, whose revenue comes mostly from advertising, will be able to expand its e-commerce business by adding Zozo. Yahoo aims to be No. 1 in online retail in Japan, he said.

Also appearing at the event was Masayoshi Son, chief executive and founder of SoftBank and a top shareholder of Yahoo Japan. Son acknowledged he had urged Maezawa to stay on as Zozo's chief.

"I guess he wants to live the life of a rocker so I understand," Son said with a laugh. "I envy him."

Hiroko Sato, an analyst for Jeffries, said the deal will likely benefit both sides. Yahoo may gain more online shoppers by acquiring Zozo, with its younger customer base.

But Yahoo faces formidable competition from Rakuten in Japan, she said. Amazon is another powerful rival.

"Our initial impression is positive for both companies," she said. 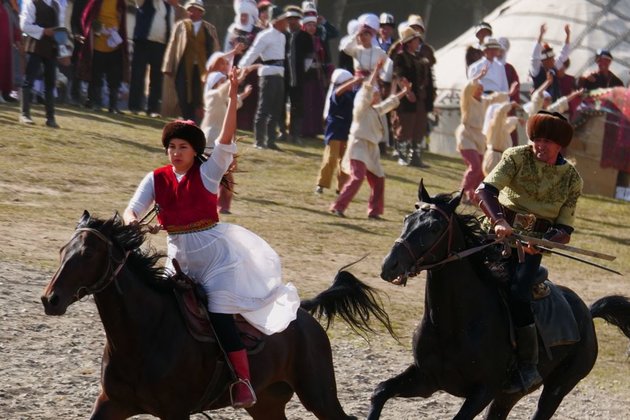