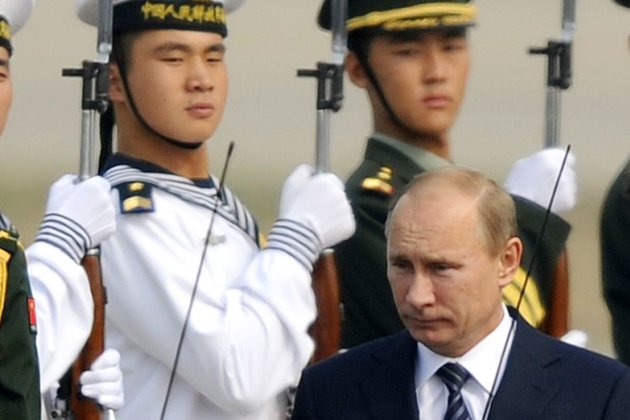 Only the United States and Russia have had such systems which involve an array of ground-based radars and space satellites and date back to the Cold War era.

The system is essential for the early spotting of intercontinental ballistic missiles.

Speaking at a conference organized by the Valdai Discussion Club think tank in Moscow on October 3, Putin said that "this is a very serious thing that will radically enhance China's defense capability."

Kremlin spokesman Dmitry Peskov declined to say when the system would become operational, but told reporters on a conference call on October 4 that the move highlights Russia's close ties with China.

'Russia has special relations with China...including [in] the most sensitive [areas] linked to military-technical cooperation and security and defense capabilities,' Peskov said.

Moscow's relations with Beijing, marked in the past by mutual wariness, have expanded after the West imposed sanctions on Moscow over its annexation of Ukraine's Crimea in 2014.

Based on reporting by Reuters and AP