Nigeria is still struggling at 60. But hope is still alive 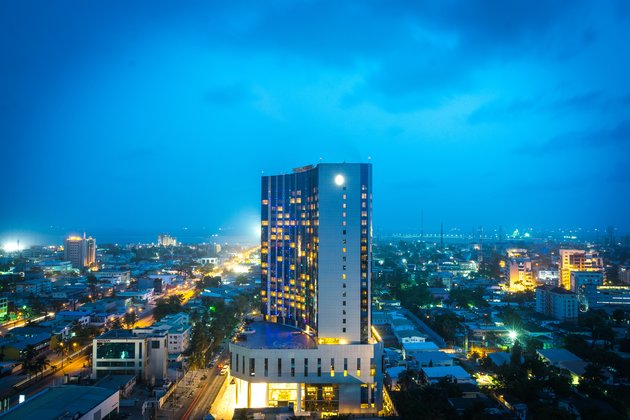 Nigeria's population is estimated at over 200 million, which means the country has skilled and unskilled labour in abundance. The population also makes it a fertile ground for global trade. Nigeria is also rich in mineral resources. It is sub-Saharan Africa's largest, and the world's 13th largest, producer and exporter of oil.

These endowments should have made Nigeria one of the key destinations for global investment. And with its wealth in petroleum and natural resources as well as its vast agricultural potential, Nigeria should have by now become Africa's undisputed economic giant.

However, 60 years after independence, Nigeria, like a vehicle struggling to climb a hilly road, has yet to achieve its potential. Its large population has thus become a source of weakness, not strength.

With mass unemployment and overstretching of inadequate and poorly maintained infrastructure, many Nigerians have had to seek their fortunes abroad.

Smaller nations such as Ghana, Rwanda, Ivory Coast, Qatar and the United Arab Emirates are beginning to catch up. At the same time big corporations from industrialised and wealthy countries in Europe and South Asia find the Nigerian business climate inauspicious. That's largely due to decaying infrastructure, corruption and insecurity. Big European corporations have over the years shut down or relocated their Nigerian manufacturing plants. They point to a lack of stable electricity supply and endemic corruption, both of which impede their smooth operations.

There was a giant

At independence, all eyes were on the most populous black country on earth. For good reason. Nigerians were high flyers in intellectual and educational endeavours, business, international diplomacy, and in military and political leadership. In continental leadership, only Ghana rivalled Nigeria just before independence. When Ghana's Kwame Nkrumah was deposed in a coup, attention shifted to Nnamdi Azikiwe, Obafemi Awolowo and Ahmadu Bello - Nigerian political leaders who were also great leaders of thought.

Nigeria provided leadership and enormous support to the United Nations peacekeeping missions in Congo and other countries. It led the movement for the end to apartheid rule in Southern African countries, including South Africa, Northern Rhodesia (Zambia) and Southern Rhodesia (Zimbabwe). It supported other liberation movements, including those of Namibia, Angola, Mozambique and Western Sahara.

In the 1970s, 1980s and 1990s, Nigeria's influence in the Organisation of Petroleum Exporting Countries was so monumental that it rose to the leadership for decades. The country's economic muscle made it more politically relevant in Africa and by the mid-1980s, its voice was always sought on resolution of intra-state conflicts. The African Union and Economic Community of West African States regarded the country as their livewire - and to some extent, they still do.

The journalist and author Karl Maier, in his classic, "This House has Fallen: Nigeria in Crisis", cites a litany of problems as remote causes of the fall of Nigeria. These include:

military misadventure up to 1993;

the season of anomie occasioned by the annulment of the 1993 presidential elections and the international backlash; and

The Nigerian scholar Eghosa Osaghae, author of "Crippled Giant", agrees with Maier. He also identifies immediate triggers of state failure which include:

the growing rot in public bureaucracy;

sleaze in the oil sector and overdependence on oil revenue;

public office allure - which has attracted more thieves and charlatans to politics;

the ceaseless plunder of the national treasury; and

a lack of public accountability.

A lack of commitment by leaders and the people to the Nigerian project - a united, stable, developed and prosperous country - and flooding of the polity with hard-line ethnic or proto-nationalists in a country of over 250 groups - will inexorably land the country in destruction.

Then there is insecurity, which, for the past 10 years, has been intractable. Insecurity refers to the absence of internal stability or safety and a state of vulnerability to internal danger and threats. Insecurity arises from a weak and compromised national security architecture, which has been one of the stumbling blocks to Nigeria's realisation of its development potential.

Put differently, while several other factors have combined over the decades to hold Nigeria down, the horrific state of security in the past 10 years has weakened the fabric of the state.

Our study shows that the frequency of insurgent attacks has resulted in collateral damage to the peace, stability, development and sovereignty of Nigeria. We also discovered that the present government has not been decisive enough in tackling insecurity.

The overused and poorly trained military is becoming less fit to fight Boko Haram, secure the borders or sustain the country's previously enviable image. The police secures little or nothing, is corrupt and inefficient and has become a big burden to the state. Ordinary citizens resort to legitimate self-help or criminal ways to survive. At home and abroad. No one cares. The image problem soars.

Can Nigeria reverse the decline and spring up again?

'Happily ever after' is possible

"No condition is permanent," scream inscriptions on many commercial vehicles on the streets of Lagos.

So, change is possible. But first, there has to be a mental and moral reorientation. Who will start it? If the government is irresponsibly disconnected from its role, civil society organisations should take up the task. Religious organisations with their massive and committed followers have a role to play in reorientation and rebirth.

Closely following this will be a social revolution. This will flow from a reborn mind. Mental reorientation produces a decent moral consciousness and when it is on a massive scale, society will change.

For its part, government has to truly commit to fight corruption. Corruption has bled Nigeria to a near-death. It could cost up to 37% of gross domestic product by 2030 if not dealt with immediately.

When honesty is rewarded and corrupt acts are publicly punished, more Nigerians will more likely embrace honesty in their endeavours. Government should purge itself of corrupt elements and prosecute those found culpable. This internal purge will not only show commitment and the will to fight corruption, but will also serve as a deterrent to others across the country.

A paper I coauthored argues that national integration and its benefits can be realised only with the development and entrenchment of a supportive public culture. Nigerians must understand, respect and tolerate differences occasioned by socio-cultural diversity and also develop new institutions and mechanisms that address poverty, revenue allocation and other national issues peacefully.

Nigeria can transform its potential into success. With a huge population, its citizens can be mobilised and empowered to engage in manufacturing as China, Singapore and South Korea have done. This will change the society from a consuming country to a powerhouse in manufacturing and exportation.

At 60, Nigeria should not be groping in the dark. There have been numerous wasted opportunities, no doubt, but it takes just a right turn at any second for a vehicle in the middle of nowhere to find its bearing.

NEW DELHI - India and the U.S. held a "productive" and "successful" third round of 22 dialogue in New Delhi, ... 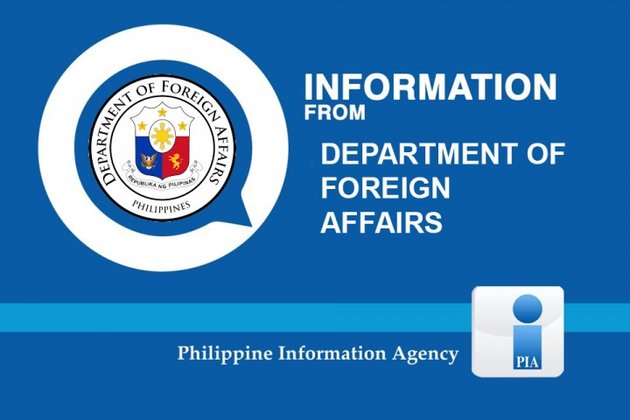 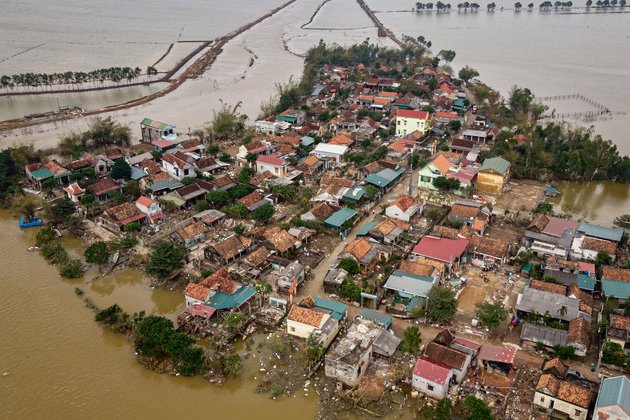 There are also reports that 174 people have died or are missing.Storm Molave, which made landfall at around 11 am ... 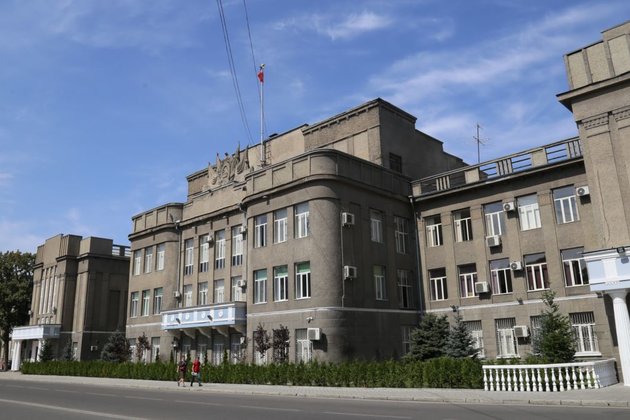 BISHKEK -- Kyrgyzstan's Supreme Court has refused to hear an appeal filed by the Central Election Commission (BShK) challenging a ... 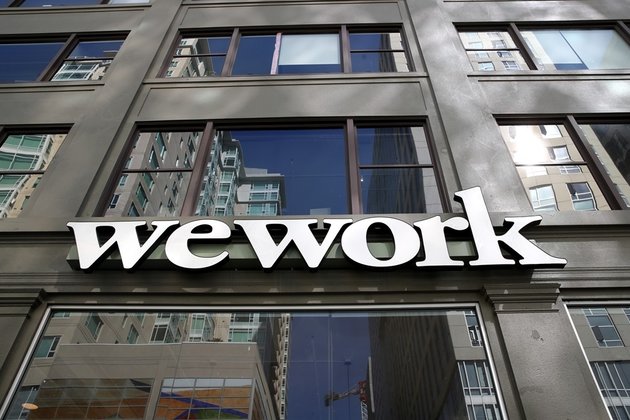 WeWork is on track to turn profitable in 2021 and will then revisit plans for an initial public offering, Chief ... 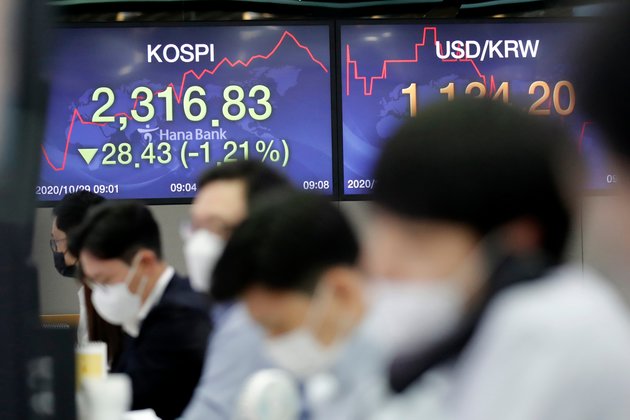 Asian markets are mostly lower Thursday in the aftermath of Wall Street's big losses a day earlier, sparked by growing ...

Chinese stocks gain for third day in row, most other Asian markets dip

SYDNEY, NSW, Australia - Asian investors on Thursday ignored the ructions overnight on Wall Street and around the globe, keeping ...

WASHINGTON, DC - There will be no new coronavirus economic relief package in the U.S. before next Tuesday's presidential and ...

OTTAWA, Canada - Five major aerospace companies in Canada and Boeing have inked an agreement which will see a multi-decade, ...

WASHINGTON, DC - The U.S. Federal Communications Commission (FCC) is proposing a rule change that would require television and radio ...