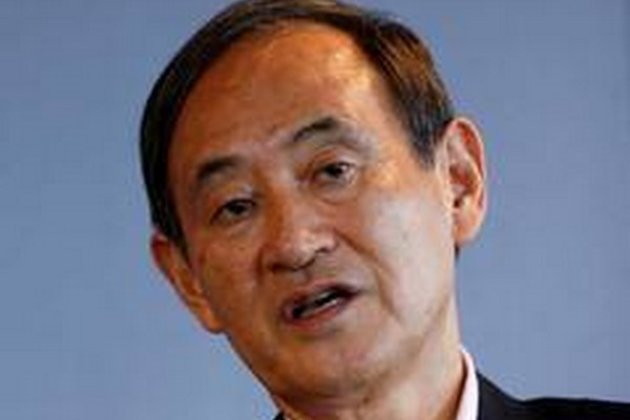 Tokyo [Japan], June 11 (ANI): Japanese Prime Minister Yoshihide Suga referred to Taiwan as a country, drawing a sharp reaction from Beijing which regards the self-ruled island as its 'inalienable part'.

Self-governed Taiwan is usually called a "region" in Japan.

Beijing claims full sovereignty over Taiwan, a democracy of almost 24 million people located off the southeastern coast of mainland China, despite the fact that the two sides have been governed separately for more than seven decades.

Taipei, on the other hand, has countered the Chinese aggression by increasing strategic ties with democracies including the US, which has been repeatedly opposed by Beijing. China has threatened that "Taiwan's independence" means war.

Suga's reference came as Tokyo and Beijing have already been at odds over several issues, including a territorial dispute in the East China Sea and the crackdown on Hong Kong.

"There is only one China in the world," Wang said, urging Japan to become more cautious in words and deeds on Taiwan affairs and to avoid sending wrong signals to the island's independence forces.

Suga's government has been strengthening its commitment to democratic Taiwan. Recently, Japan donated over 1.2 million COVID-19 doses to Taiwan, as the island faces a spike in COVID-19 cases.

China has also lambasted Japan for donating vaccines, labelling such a move as a "political performance".

At his summit in Washington in April, Suga with US President Joe Biden acknowledged "the importance of peace and stability across the Taiwan Strait." It marked the first time in 52 years that Japanese and U.S. leaders have mentioned Taiwan in a joint statement. (ANI)

MOSCOW, Russia: For the second time a Russian court has fined Facebook and Telegram for not taking down content banned ...