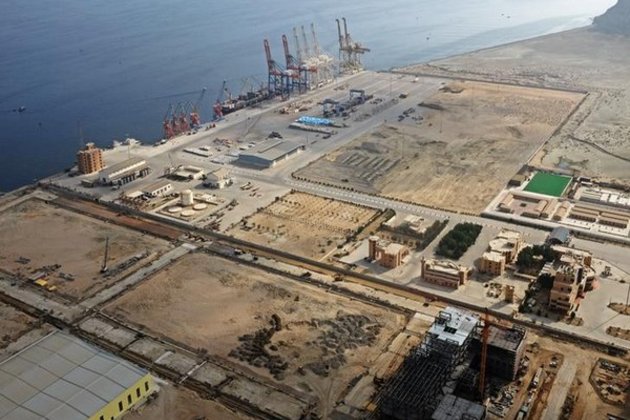 Beijing [China], September 15 (ANI): With the possible aim to encircle India in South Asia, China has established 'long term strategic goals and it's pouring massive investment in the region through trade diplomacy to gain strategic influence.

Recently, China silently opened a strategic rail link through Myanmar to access the Indian Ocean, when the world was focused on the Afghanistan crisis, The Irrawaddy said on Wednesday.

The first rail link between China and the Indian Ocean will significantly reduce the time needed to import cargo to China's landlocked Yunnan Province. There's no doubt that Beijing has gifted the newly-created rail line to Myanmar's military regime for its financial gains.

In 2020, reports also claimed that Beijing was involved in doing the groundwork for a proposed railway line connecting Lhasa to Kathmandu, and then on to Lumbini close to the India-Nepal border.

Through all these developments, the communist regime is planning to encircle India strategically. Some of these projects are connected to China's Belt and Road initiative, a global connectivity project. But these projects nevertheless have significant security implications for New Delhi.

According to The Irrawaddy, China analyst Kalpit A Mankikar said, "Regarding the Myanmar project, it seems to be a trade-focused project, giving China its first road-rail transport link to the Indian Ocean. This circumvents the need to use the Malacca Straits".

"The newly-launched railway line from the Myanmar border will service the important commercial hub of Chengdu in western China," the analyst told The Irrawaddy.

China has long-term goals with its massive developmental investment in foreign countries and Nepal and Bangladesh are the latest targets of China.

In Nepal -- a signatory to the BRI -- Beijing is the largest foreign investor and it has pledged US$188 million for the 2020-21 fiscal year.

The Chinese government maintained strong relations with Nepalese communists, who were in power a few months back. It's also speculated that Beijing was behind the merger of two left-wing parties in Nepal in 2018.

However, due to internal feuds and the former prime minister KP Sharma Oli's credibility loss, the Nepalese communists are now in disarray.

Through the BRI projects, China in Southeast Asian countries desires to utilise its own resources. As Beijing produces an enormous quantity of cement and steel that would be used in the projects, according to The Irrawaddy. (ANI)