Suez Canal revenues up to USD 4.09 bln in Jan-Aug 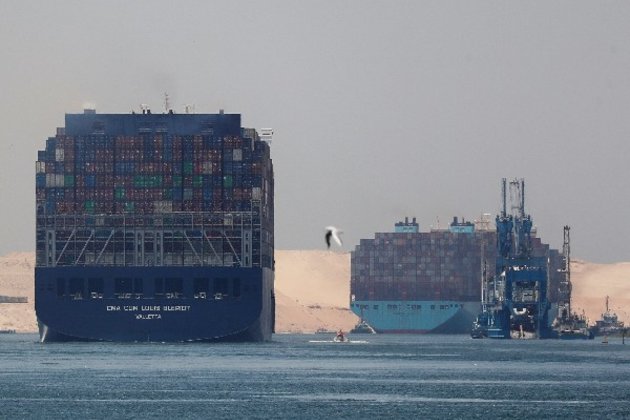 Cairo [Egypt], September 21 (ANI/Xinhua): Egypt's Suez Canal Authority (SCA) on Tuesday said the revenues of the canal in the first eight months of 2021 rose by 11.6 per cent year on year to USD 4.09 billion.

The increase in revenues came as the SCA has been implementing a plan to widen and deepen the southern part of the canal.

The Suez Canal is a major lifeline for global seaborne trade since it allows ships to travel between Europe and South Asia without navigating around Africa, thereby reducing the sea voyage distance by about 7,000 km.

Some 12 per cent of the world trade volume passes through the man-made canal, a major source of hard currency in Egypt. (ANI/Xinhua)