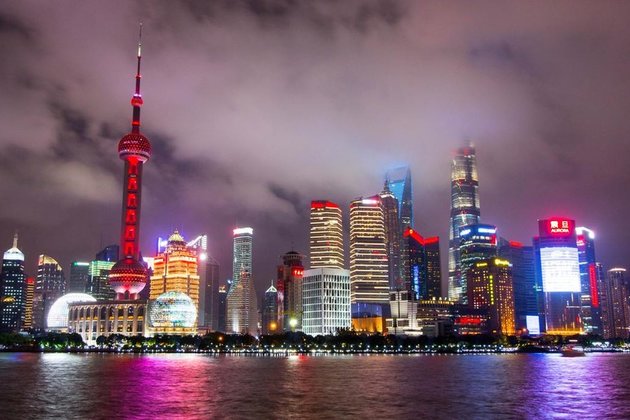 Europe is being ravaged by an unprecedented energy crisis, and it may already be spreading. Asia, the world's biggest buyer of gas and coal, may be next, with China particularly vulnerable because of the size of its economy.

Perhaps somewhat surprisingly, the big problem for China is not natural gas. It's coal, which powers the majority of its power plants, Bloomberg reported this week, citing state-run outlet China Energy News.

According to a report in the news outlet, Chinese power plant operators are finding it hard to buy enough coal to keep their facilities running, which is raising the likelihood of an energy crunch when winter comes. Inventories are low because of the surge in coal prices this year, and some power plants have already had to turn off their boilers to save costs.

It appears that just like the gas crisis in Europe, this one was years in the making. The European energy crunch should not have come as a surprise given Europe's decisive shift away from fossil fuels and the consequent underinvestment in local gas production, which made it almost entirely dependent on imports for its energy security.

Likewise, China - along with India - is about to become the victim of underinvestment too, in coal. The dirtiest fossil fuel and the target of much energy transition work has fallen out of favor with investors so badly as they seek investment opportunities in renewable energy that the coal price spike this year must have come as quite a shock.

"What we are seeing is a dilemma for investors, financiers as well as companies," Shirley Zhang, principal analyst at Wood Mackenzie, told Nikkei Asia.

"Despite the effort of moving the whole region into a cleaner future, you still need coal for the next 10 years."

There is, indeed, a dilemma, and it is between a green transition and energy security. The surge in coal and gas prices is proving that the energy transition will be neither smooth nor easy, and government decisiveness in net-zero goals will be nowhere near enough to effect it. But there are more immediate implications of an energy crisis in China. It will spill globally.

In the UK, industries are already feeling the pinch of soaring gas - and electricity - prices. There is talk about blackouts, although energy minister Kwasi Kwarteng has assured the public these will not happen. But if industries are struggling, that's not good for inflation and economic growth. And China, while a much more centrally controlled economy than the UK, is not that different in the fundamentals. If electricity prices rise, the prices of everything else will rise, hitting growth.

What's worse is that if there is not enough coal and gas for China, there will not be enough gas and coal for everyone else who needs to import it. Countries with local coal and gas production will rake in a fortune from energy exports. But the rest, having to pay through the nose for that energy, will see the same effects on their economic growth, namely a potentially severe stumping.

A lot has been said about the emission aspect of fossil fuels. The current crisis offers another angle: fossil fuels tend to get expensive, sometimes prohibitively so, when demand significantly exceeds supply. This is, in fact, one of the strongest practical arguments in favor of renewables: you may not have gas reserves, but every country has sunshine and wind. Renewables are good for energy independence. And the latest crisis in Europe and the risk of a crisis in China only shows that we are nowhere near this energy independence.

And we will likely never be.

This article was originally published on Oilprice.com