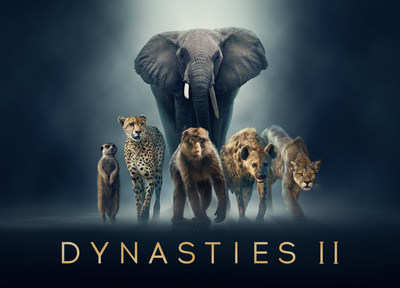 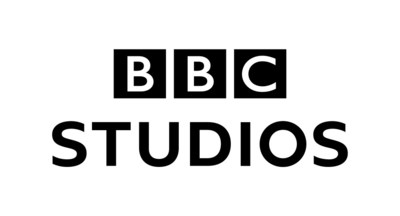 This renewal, which marks the 23rd year of partnership between BBC Studios and KBS, also includes a first-look at other premium factual, across Science, Documentary, Arts, History and other unscripted content.

Frozen Planet II will take audiences back to the wilderness of the Arctic and Antarctica.  Ten years on from the original Frozen Planet, this series tells the complete story of the entire frozen quarter of our planet that's locked in ice and blanketed in snow.  It is slated to broadcast in 2022

From Pantagonia's frozen Andes, to the plains of Zambia, to sprawling grasslands in the shadow of Mount Kilimanjaro, Dynasties II returns - more captivating and compelling than ever, providing fresh insights into the secret lives of some of the most charismatic animals on the planet. Dynasties II features surprising, dramatic, and heart-warming stories with iconic favourites, elephant and cheetah, as well as unearthing the stories of some unsung heroes of the animal kingdom, puma and hyena.

The real-life animal drama set in a spectacular corner of Africa's Serengeti III returns with even bigger, bolder stories and endearing new characters. Dawn breaks across the lush Serengeti plain.  But paradise is fleeting as the animals face fresh challenges.  Kali the lioness and Bakari the baboon may seem safe in their rock fortresses, but with rivals encroaching on all sides, their future hangs in the balance.  Out on the plains, Duman the cheetah faces his destiny.  And down the river, baby hippo Mafuta strikes up an unlikely friendship with the crocodile Magamba.

Planet Earth III will be the most ambitious Natural History landmark ever undertaken by the BBC.  Combining the awe and wonder of the original Planet Earth, the new science and discoveries of Blue Planet II and Planet Earth II, and the immersive character-led storytelling of Dynasties, the series will take the Planet Earth experience to new heights.

KBS stated that "We've received positive feedback from the Korean viewers on the high-quality content distributed by BBC Studios and we look forward to the release of compelling high-quality dramas, Frozen Planet  II and Dynasties II .  Through this agreement, we hope that the 20-plus years of partnership between KBS, the leader of K(Korea)-content, and the BBC, with its mission to inform, educate and entertain audiences, will continue."

Phil Hardman, SVP and General Manager for BBC Studios Asia said, "We have been long-time partners with KBS and are excited to kickstart the next chapter with KBS to win over the hearts of South Korean audiences with our bold, British content that informs, educates and entertains. Through this agreement, KBS audiences will see the most incredible upcoming Natural History, Science and a selection of many more premium British factual series."

BBC Studios, a global content company with British creativity at its heart, is a commercial subsidiary of the BBC Group and BBC Studios. Global Markets is the Distribution arm of BBC Studios, covering the EMEA and APAC regions, including Asia.

Tokyo suffers through heatwave, worst since 1875

DHAKA, Bangladesh - Tarique Rahman's support for Bangabandhu Sheikh Mujib's killers has been criticized by Sheikh Hasina. The murderers of ...

ASSAM, India: During this week's heavy rains, which caused the region's worst floods in years, staff at the Cachar Cancer ...

WASHINGTON D.C.: Due to the record high trade deficit and a resurgence in COVID-19 infections that curbed spending on services, ...

TAIPEI, Taiwan: The world's fourth largest chip designer by revenue, Taiwan's MediaTek, has told Reuters that it plans to create ...

GENEVA, Switzerland: Swiss pharmaceutical group Novartis has said, as part of its previously announced restructuring program, that it could cut ...

SYDNEY, NSW, Australia - Stocks in Asia skidded lower Friday with all the major indices recording solid losses."Capitulation is the ...