BOSTON, Aug. 10, 2022 /PRNewswire/ -- Recorded Future, the world's largest intelligence company, today announced the launch of the National Cyber Defense Intelligence Kit for national cyber security organizations and governments to protect their critical infrastructure and mission-critical areas. Fueled with over a decade of human and machine intelligence combined with the most comprehensive dataset in the private industry, Recorded Future has the unique visibility on common national priorities that countries need to secure their infrastructure, assets, and data. 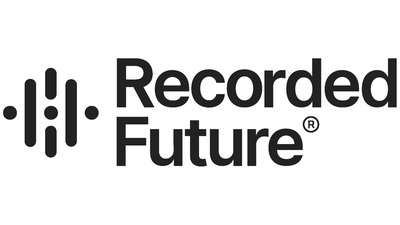 "Alliances are one of democracy's strongest weapons. They are a thing that autocrats don't have. Mutual support is what makes us strong. It is in all our interests to see cyber defense capabilities rise across the board, enabling allies to defend themselves and to defend each other. In the new gray zone of conflict, all of our threats connect. I'm proud that Recorded Future has taken a leading role in the vital task of helping our friends help themselves and thereby making us all stronger." - Sir Alex Younger, Former Chief of MI6

The scope of national security is constantly evolving based on which threat actors are targeting a country, newly identified vulnerabilities affecting critical assets, and the geopolitical landscape. Recorded Future's Intelligence Cloud uniquely provides a comprehensive composite as threats leave digital markers that can be collected, collated, contextualized, and delivered directly to technical defenses. Analysts are then enabled to rapidly investigate geopolitical, cyber, and influence operations threats. Over 30 national cyber defense organizations and over 150 government, defense, intelligence, and law enforcement organizations around the globe leverage Recorded Future's intelligence.

"With the diversity and escalation of threats to critical infrastructure and governments around the world, cybersecurity is now more than ever before a matter of national security. As such, intelligence is essential to keep up with the threats and expose adversaries. With Recorded Future's new intelligence kit, governments can identify and prioritize threats while collaborating and using common language to make global cyber defense stronger." - Yigal Unna, Former Director General of Israel National Cyber Directorate

"The convergence of threats - cyber, geopolitical and kinetic, and influence operations - demands a centralized view of the threat landscape, and we've built an expertise from working with governments and national security organizations for over a decade to manage their risk from a world of threats - whether it's state-sponsored cyber threats, physical warfare and geopolitical issues, disinformation campaigns, or even disruption to global supply chains." - Dr. Christopher Ahlberg, CEO and Co-Founder, Recorded Future

Learn more about the National Cyber Defense Intelligence Kit and request a demo of the Intelligence Cloud Platform at go.recordedfuture.com/demo.

Recorded Future is the world's largest intelligence company. Recorded Future's cloud-based Intelligence Platform provides the most complete coverage across adversaries, infrastructure, and targets. By combining persistent and pervasive automated data collection and analytics with human analysis, Recorded Future provides real-time visibility into the vast digital landscape and empowers clients to take proactive action to disrupt adversaries and keep their people, systems, and infrastructure safe. Headquartered in Boston with offices and employees around the world, Recorded Future works with more than 1,400 businesses and government organizations across more than 60 countries. Learn more at recordedfuture.com.