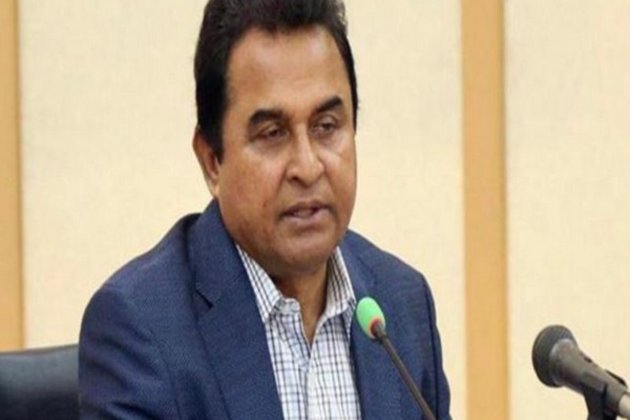 He also cautioned Beijing on following a more robust process for evaluating its loans and noted that these kinds of bad loans add strains on indebted emerging markets. It needs to "make a thorough study" before lending to a project, he said.

"Whichever projects are essential and are in process and will pay off as fast as possible, we're only taking care of those," Kamal said. "To other projects, we're saying, no thank you."The Bangladeshi Finance Minister made these crucial remarks in an interview to Financial Times where he also pointed out at the ongoing economic situation in Sri Lanka.

While referring to BRI, the Minister said, "Whatever the situation [that] is going on worldwide, everybody will be thinking twice to agree to this project," he said in an interview. "Everybody is blaming China. China cannot disagree. It's their responsibility.""After Sri Lanka, we felt that Chinese authorities are not taking care of this particular aspect, which is very, very important."Last month, Bangladesh became the latest country in Asia to approach the International Monetary Fund (IMF) for funds because the economy is under strain due to surging commodity prices after Russia-Ukraine war which weighed down heavily on the country's foreign reserves.

Bangladesh is also a participant in China's BRI and currently, Dhaka owes about USD 4 billion, or 6 per cent of its total foreign debt, to Beijing.

In a statement, China called itself "Bangladesh's most reliable long-term strategic partner" and said the pair agreed to strengthen "co-operation in infrastructure".

Despite approaching IMF for funds, Kamal said that Bangladesh was not at risk of defaulting like Sri Lanka. "There is no way to even think of a situation like that." It must be noted that Bangladesh had total foreign debts of USD 62 billion in 2021, according to the IMF, with the majority owed to multilateral lenders such as the World Bank.

The country owes USD 9bn, or 15 per cent, to state lenders from Japan, its largest bilateral creditor, followed by China.

Bangladeshi government in June inaugurated the USD 3.6bn Padma Bridge near Dhaka. The project was Chinese-built but financed domestically after international lenders withdrew funding over a corruption scandal, although allegations were never proved.

But the government has responded to the economic downturn by cancelling a series of planned infrastructure upgrades, including investments in building a 5G network and upgrading highways. (ANI)