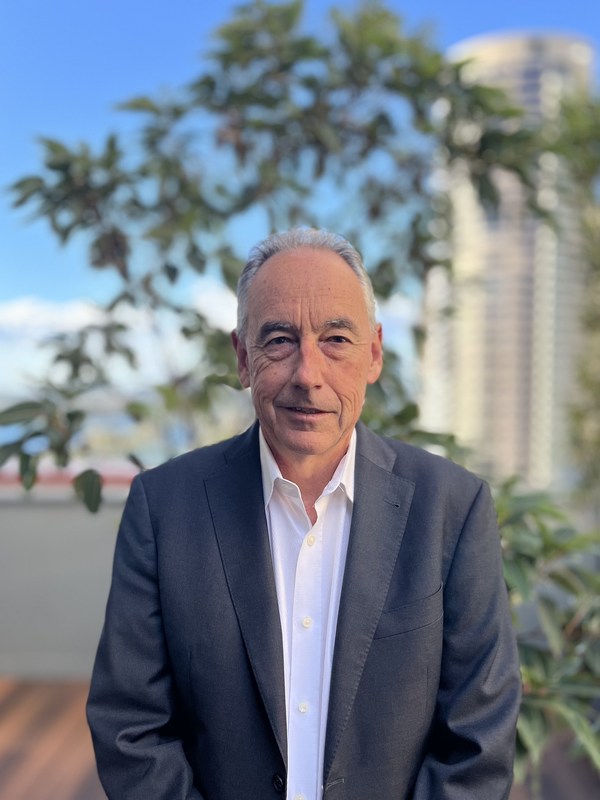 John succeeds interim CEO Hannah McCaughey, who was appointed in March 2022 to review and drive the commercialisation plan and has now completed her interim engagement.

John has a 30-year track record of successful entrepreneurship and establishing global businesses in emerging technology markets, having both founded and led a number of large enterprises and teams to develop multiple breakthrough technologies and solutions during significant industry transitions.

During his 12-year tenure as CEO of Ecoult, John developed and commercialised an advanced lead acid battery technology, leading the fundraising process while establishing the company's product development roadmap and market positioning. Ecoult was acquired in 2010 by East Penn manufacturing, one of the world's largest lead-acid manufacturers.

At Keycorp, John grew the company's market cap from A$1 million to A$400 million in just 8 years, and oversaw the group's listing on the ASX.

In addition to his wealth of commercial experience, John also brings significant advisory experience having previously been appointed to a number of boards, committees, and panels in both the US and Australia either in an advisory or non-executive capacity.

John joins the team to take Gelion's breakthrough battery technology to the world, and become a significant player in the global battery market which is predicted to grow to $265 Billion by 2026.

Dr Stephen Mahon, Gelion Chairman, said: "John is an experienced CEO with a track record of growing technology companies and delivering shareholder returns. With his wealth of commercial, battery, and manufacturing experience, I am confident that under his leadership we can take Gelion to the next level of growth. Having now successfully transitioned the battery manufacturing from laboratory to production, John's depth of knowledge and proven record of creating shareholder value will help Gelion plan for scale. We are excited to welcome John to the leadership team and look forward to Gelion's future success.

"On behalf of the Board, I would also like to personally thank Hannah McCaughey for her hard work and contribution since March. Hannah has helped us to achieve a significant milestone in September with the first industrial production of Gelion's zinc-bromide battery at the Battery Energy factory, and we wish her every success for the future."

"It is an honour to lead this effort and I look forward to helping the team deliver success for all stakeholders by engaging an Industry of suppliers and customers I know well and respect."

Gelion (AIM:GELN, www.gelion.com) is a global renewable-energy storage innovator, supporting the transition to a sustainable economy and delivering value for customers and investors, by designing and manufacturing the world's best batteries for stationary and mobile energy.

Gelion was spun-out from the University of Sydney in 2015 by Professor Thomas Maschmeyer, one of the world's leading chemists, Fellow of the Australian Academy of Science, and recipient of the Australian Prime Minister's Prize for Innovation 2020 - the country's highest honour for scientific entrepreneurship.

Its ESG credentials are strongly aligned to six of the UN's 17 Sustainable Development Goals, and its shares are listed on the AIM market of the London Stock Exchange where it received the Green Economy Mark at IPO in November 2022, recognising its commitment to energy transition.

PRAGUE, Czech Republic: Ahead of her visit to Taipei, Marketa Pekarova Adamova, Speaker of the Czech Lower House, reiterated to ...

WASHINGTON D.C.: The Biden administration has stopped issuing export licenses to US companies seeking to ship most items to China's ...

NAYPYITAW, Myanmar - According to an announcement broadcast by state-run media on Wednesday evening, members of Myanmar's National Defence and ...

TOKYO, Japan: In light of a tense security environment following Russia's invasion of Ukraine and Moscow's growing military cooperation with ...

TOKYO, Japan: In a statement posted on the website of the Chinese Embassy in Tokyo, Beijing announced that it will ...

TOKYO, Japan: Honda has announced that it will manufacture a new hydrogen fuel cell system, which was jointly developed with ...

As prices of EVs fall, manufacturer Rivian to reduce workforce by 6%

IRVINE, California: In an effort to cut costs in preparation for an industry-wide price war, electric vehicle manufacturer Rivian Automotive, ...

SANTA CLARA, California: One week after Intel forecasted lower-than-expected sales caused by a loss of market share to rivals and ...

WASHINGTON D.C.: As part of a wider policy drive to increase competition in consumer markets, President Joe Biden has announced ...

OSLO, Norway: Ending a three-year run of profits as stock and bond prices were hit by rising inflation and Russia's ...